“NO MAN BUT A BLOCKHEAD EVER WROTE EXCEPT FOR MONEY.”


PostConsumer Reports—thoughts on art, faith, and the intersection of the two—is the blog and podcast of pastor, writer, music leader, podcaster, and musician Chris Marchand. We cover the arts, music, film, television, literature, history, theology, the Bible, comedy, liturgy, worship music, and sometimes even sports.

Chris is Pastor of Worship and Music at Epiphany Anglican Mission in Peoria, Illinois (www.epiphanypeoria.org) and an ordained deacon in the Anglican Church of North America (ACNA).  After working as headmaster and teacher at Aletheia Christian School from 2010-2018 (www.peoriaclassical.org) he spent 2018-19 as a hospital chaplain resident in a CPE program at OSF Medical center in Peoria. He is married and has three boys and a daughter. His book Celebrating the 12 Days of Christmas (Wipf & Stock) is coming out late in 2019 and he has had articles appear in Reformed Worship, Christianitytoday.com, and Worshipleader.com. For the podcast, he has been able to interview Phil Joel, Charlie Peacock, Stu G, Glenn Kaiser, Fernando Ortega, Reed Arvin, Lester Ruth, and David Leo Schultz. He finds this amazing. 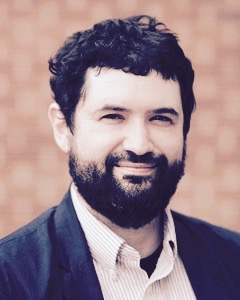 The blog and podcast features a number of different ongoing series on worship music, the CCM industry, Sufjan Stevens, Arcade Fire, and the local arts scene in Peoria. Our obsession here is to search for meaning and beauty in all things rendered through the lens of Christian theology.

Finally, Chris is available to speak or write on various topics concerning the arts and theology, the arts in the church, liturgy and church music, and more general sermons and devotionals. You can contact him at cmarch34@gmail.com.

Crime's against humanity NO even begin to scratch the surface. Huh two thing's: a) THEY of whether globalist's, etc or TOP - down globally deem cluelessly that > 1) Satan started this nevertheless 70 century - to date Holy War against God, 2) Adam FIRST, NOT Eve, sinned & then Eve of course but old men long ago changing writing's would have any & all believe otherwise, & SO . . . what then? Satan wins? YEAH, NOT! THINK AGAIN!

And THEN, there's this > THEY of globalist's, etc TOP - down, globally are gonna take out ALL humanity IN, whether clueless or on purpose, accordance WITH this Holy War that Satan solely started against God 70 centuries ago, (voluntary & NON-voluntary suicide / murder, just so Satan can apparently SPITE God that & with, "LOOK AT THEM ALL, THEIR ALL GONE, THEIR (were) SUPPOSE TO HAVE BEEN YOUR / YOU'RE PRIDE & JOY . . ."

And plus there's then the > THEIR really not doing - all that they have done & do - do for really no reason, THEIR really just doing it to pass the tick tock 'time' . . .

And worth noting, when Satan got defeated in the desert amidst Jesus's testing, Satan just deemed, "Fine, I'll just go after Jesus's next best thing, HIS Little One's (children / kid's) THROUGH the adult's.

God gave us all each - embedded within all we'd ever need to self denyingly Holy Warrior rise up & represent Holy Trinity, as we were created to solely do so & THAT of care take of each & Earth, NOTHING off, EVER! THIS PLANET, Earth! It's like One who goes after dessert before eating the main meal or like human evil weed's overtaking the garden that is all else . . . PONDER THAT!

Globalist's, misc aren't really doing what they plan on, their really just passing the time, evil - senselessly, & their talk of reducing 7 billion plus down to 500 million, huh, OH don't think it'll stop there, oh no, just so Satan who solely started this Holy War against God, can eventually 'spite' God with eventually exhibited all human eventually narrowed down & killed, like Satan's timeless laughing off it's ass at us (having put on a clueless humor show for that beast) & deeming to God, "LOOK AT THEM ALL, YOUR SO-CALLED PRIDE & JOY, THEIR SUPPOSE TO REPRESENT YOU?!"

Huh, TRY THIS on for size per / via you're brain = global extermination by 2025, & whom (TOP Power deem that 9-1-1 was JUST a TEST to see just how the global masses would react & respond. https://soundcloud.com/groundzeromedia/pulling-the-shameless-plug-w-deborah-tavares-july-24-2019

Deborah Tavares, (she lives in Sonoma County - Northern California), & is a activist with a research team – Email: NoSmartMeters@gmail.com, deboraht@sonic.net, Her website: http://www.stopthecrime.net, & check THIS podcast she did: YOU local – global humanity NEED to SERIOUS listen to, because ceasing of humanity is Coming, please & SHARE it! Or you can hear it here > https://soundcloud.com/groundzeromedia/the-genocide-agreement-w-deborah-tavares-february-8-2018

Deborah Tavares is a conspiracy promoter who lives in Sonoma County, California. She has thousands of videos posted on YouTube (under various names) and has millions of viewers and followers world wide.

Tavares' motive in making this absurd claim is to cause Americans to oppose all environmental regulation in the mistaken belief that they are saving their rural and suburban homes (and their very lives) in the process.

To support her claims, Tavares actually forges documents, alters and changes words and images on documents and intentionally mischaracterizes what the documents actually are and what they actually say.

So, I thought that you should know.

For more on Deborah Tavares, her claims and her documents, Google "The Hoaxes Of Deborah Tavares" (in quotes), or click here. Agenda 21 is Post #5. https://www.waccobb.net/forums/showthread.php?130336-The-hoaxes-of-deborah-tavares-(conspiracy-weaponized-weather-fires-depopulation)&

DEBORAH TAVARES CLAIMS GLOBAL WARMING IS "ENGINEERED" BY THE U.S. GOVERNMENT TO BRING ABOUT THE "PLANNED EXTINCTION OF MANKIND". FOR MORE ON THE HOAXES OF DEBORAH TAVARES, CLICK HERE.
https://www.waccobb.net/forums/showthread.php?130336-THE-HOAXES-OF-DEBORAH-TAVARES-(CONSPIRACY-WEAPONIZED-WEATHER-FIRES-and-DEPOPULATION)&p=226019#post226019


Deborah Tavares is a hero. She knows more about what is really happening to the world and who is doing it than anyone alive today. She does nothing but research and report on what she has found. If people call her a conspiracy theorist, it is because they are part of the conspiracy. The agenda is out there, she just tells people where to find it. This is not her saying undocumented baloney. She states where to find the documents and what the documents say. Attacking the messenger does nothing to validate your point. It just makes her look more trustworthy.

global extermination by 2025 - And I've sent this & messaged DOD & military base's in new mexico re: Dulce's military base as well; It's gonna be a literal, human incomprehensible global bloodbath massacre & not even the word nightmare nor Crime's against humanity can scratch the surface. Including those fool's (devil court jester's) - The 'Utah Data Center', code-named "Bumblehive". And the Multiprogram Research Facility in Oak Ridge, Tennessee.

ALL $ bought & sold out your humanity & NON-SELF owned Soul (as solely God owns ALL), but re: Even with & like THOSE upon indian reservation (no respect for THE LAND) = New Mexico's 7 mile's down Dulce military base (& their just ONE amidst USA, despite global elsewhere), but press - on your computer keyboard key's Ctrl & 'F' & search / find keyword - type in: Level 6 & see thereof text wordage around thereof: https://www.crystalinks.com/undergroundbases.html.

Do your own research, come to your own conclusion's, but DON'T deem vast that they have been doing & are (tick tock 'time', right now) aren't even worse so: global extermination by 2025, & whom TOP Power deem that 9-1-1 was JUST a TEST, to see just how the global masses would react & respond.

Globalist's, misc aren't really doing what they plan on, their really just passing the time, evil - senselessly, & their talk of reducing 7 billion plus down to 500 million, huh, OH don't think it'll stop there, oh no, just so Satan who solely started this Holy War against God, can eventually 'spite' God with exhibited all human eventually narrowed down & killed, like Satan's timeless laughing off it's ass at us (having put on a clueless humor show for that beast) & deeming to God, "LOOK AT THEM ALL, YOUR SO-CALLED PRIDE & JOY, THEIR SUPPOSE TO REPRESENT YOU?!"

A woman who listened to Deborah Tavares, and her unique theories and ideas, also started a similar popular podcast on Youtube and other formats. She got caught up in the fear of all this and killed herself after a final podcast saying she was leaving. Look up Linda Emmanuel (aka Linda Manuel) and her Alternative Revelations podcast and her obituary. She also authored three books. Very sad this happened to her.
- Sarah Brestlin Reporting

I challenge Snoop4Truth to saw what he/she said here to DEBORAH TAVARES face and let her have the chance to speak for herself!