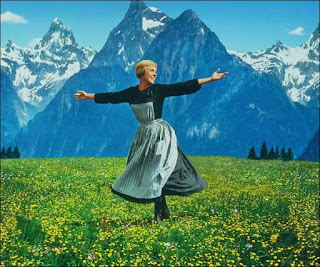 Welcome to our last week of lists over at PostConsumer Reports. This week we have my book lists for the year as well my absolute favorites, that is, the most favoritest things I consumed this year out of everything that was consumed. I also include a list of my biggest disappointments in consumption.

1. Fernando Ortega’s Come Down O Love Divine—For a few months we were listening to this album everyday of the week in my household. His music really has become deeply ingrained in our lives. I also really enjoyed teaching myself his setting of “Trisagion” on piano and then teaching it to people at a women’s retreat as well as to my church. His music is truly a blessing.
2. Louis C.K.—Both his standup and his FX tv show “Louie.” Is there a funnier more sincerely revealing comic out there? Is there a more creative comedic television show currently on air? No, there certainly is not. (Please note his comedy is quite often more than a little crass. You were warned.)
3. Rev.—This British sitcom about a Church of England vicar/priest/pastor/whatever is a really refreshing and heartfelt take on Christianity, and Tom Hollander is just brilliant in the lead role.
4. Friday Night Lights—It was the last season of this stellar show. It made me so sad to have to say goodbye to Coach Taylor and Tim Riggins.
5. “The Only Living Boy in New York” (Simon & Garfunkel), “Cruel” (St. Vincent), “Bizness” (tune yards), and “Trisagion” (Fernandon Ortega)—My biggest earworms of the year.
6. WTF Podcast—I have tremendously enjoyed these interviews of various comics. As a comic himself Marc Maron is a great interviewer and it is fascinating getting inside the heads of these people who make us laugh. Louis C.K’s and Judd Apatow’s interviews were probably my favorites. (Again, a warning: this is not exactly the cleanest of podcasts.)
7. The Drew Marshall Show—A Canadian Christian radio talk show. Drew has basically the best guests you could imagine for a show covering Christian topics, and his naturally curmudgeonly nature forces his to ask some great questions.
8. “My Soul Magnifies the Lord” by Chris Tomlin off of his Christmas album Glory in the Highest—This is just a great Advent/Christmas worship song. I really hope it starts to catch on in the churches.
9. The Brothers Karamazov by Fyodor Dostoyevsky—I cannot believe I actually made it through this book (and I still hardly know what it all means). I will have to read it again in ten years.
10. Community--The third season of this show has just been spectacular. It is really hitting its stride. Heres to hoping it will last a few more seasons.

1. Life’s Too Short—British sitcom---Oh Ricky Gervais, art thou getting too full of thyself? Warwick Davis is actually really good in the lead role, but the rest of the show is just a poorly done Extras retread.
2. 10,000 Reasons by Matt Redman—Worship album—Meh…
3. News that Sufjan Stevens was not going to release a live version of his Age of Adz tour on DVD, as well as the fact that he still has not officially released any new Christmas music for like five years now and we all just KNOW he is recording new songs every year.
4. The Office—U.S. version of the tv sitcom—What an awful show it has become (even before Steve Carell left).
5. The new Winnie the Pooh movie—This was certainly not a bad movie; it just failed to capture the magical innocence of the original film(s), which I had really hoped it would do.

Books—Since most of my reading is done for the teaching I do at school, my booklist for this year is more of a wishlist.

1.The New Testament and the People of God--N.T. Wright
2.God’s Empowering Presence--Gordon Fee
3.A History of the Church in England--JRH Moorman
4.The Apostolic Fathers--The Apostolic Fathers
5.Commentary on the American Prayer Book--Marion J. Hatchett

I'm almost as enthralled with Louis CK's process and mindset as I am with his comedy. The only wrong he ever did was directing Pootie Tang. But we all make mistakes, and that's how we grow.

I've never seen Pootie Tang. I guess some people really like it. I've seen the trailer for it and that was enough for me.

Did you know that you can find Volumes 6 and 8 of Sufjan's Christmas series online? I've been enjoying them this year. Let me know if you need help finding the downloads online.

You have some pretty interesting lists. My 2011 soundtracks were:

1. Sufjan Stevens' - Seven Swans
2. Josh Garrel's - Love & War & the Sea in Between
3. the innocence mission's - My Room in the Trees
4. Sleeping at Last's - Yearbook
5. Beau & Regan's - Ready or Not (Indie brother and sister Folk band on noisetrade)

To be honest, I was bummed at Come Down O Love Devine. I still think Shadow of Your Wings is Fern Diggity's best. It seemed more accessible because the songs were in english and there were no Billy Graham voice overs. I still listen to that album about once every month. And I'm a big fan, I have all of Fernando Ortega on mp3 and I don't purchase a lot of music.

Twice born,
thanks for your comments and for your lists.
I downloaded the new Josh Garrels album but haven't listened to it that much. I still need to do that since everyone seems to like it so much.

I like Fernando's "Shadow of Your Wings" as well. I think they kind of go together as companion albums. There was only one song in a foreign language, and it was of a very ancient Greek prayer that's pretty well recognized. There was even a band in the 80's (Mister Mister) who had a hit song called "Kyrie Eleison). So, I didn't find it inaccessible that Fernando had a song on there like that. Also, I liked the Billy Graham voiceover; I think it was a good move.

Thanks for the Sufjan tip. I downloaded those as well and they're pretty good. I still wish he would release official versions of them along with the other years that we haven't heard yet.

Twiceborn,
I'm curious, how did you find my blog?

OH, I found it when Fernando Ortega tweeted a post you wrote about him.