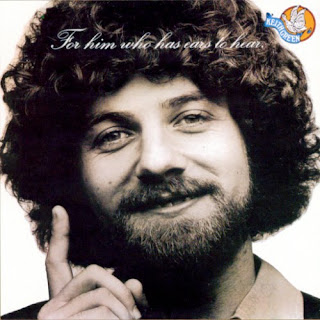 I have a confession to make. Sometime during high school (probably in 1997 or 1998) I stole the sheet music book for Keith Green’s The Ministry Years Vol. 1 out of my church’s music room.


For some reason I had wandered back behind the stage after the worship service where the amps and all the extra microphone stands were kept when I noticed a shelf of sheet music and guitar chord books. Most of the shelf was taken up with the thick binders that contained all of my church’s repertoire in alphabetical order along with a bunch of Maranatha, Integrity, and Vineyard worship books which did not really interest me. And then I saw the Keith Green book. It was like someone had placed it there just for me, as if they knew I had been obsessed with his music for months now and had been dying to learn some of his songs on piano, even though I knew very well the skill level required to play them was beyond my abilities. There was one song in particular I wanted to learn more than any other, “Easter Song,” and it just so happened that is was contained within this volume. The signs could not have been any clearer. I was supposed to take the book. I told myself that I would keep it just until I learned how to play “Easter Song” and then I would give it back. This was meant to be, this was for God’s greater glory--there was simply no other way to see it.
Well, I kept my word. Since I never learned to play the whole song (I only managed to get through the opening riff) I still have the book and it is sitting on top of my piano right now next to a Delirious and a Rich Mullins songbook (both of which I paid for!). I have always wondered if the book actually belonged to the church--that is, if it was paid for with church money for church purposes--or if it belonged to someone’s private collection and they had brought it in and left it at church for any number of reasons. I have always wondered if it has been missed, if it was a cherished possession or just one book among many.

My goals for learning the song were many. For starters I simply wanted to play it for my own enjoyment and worship to God because it was and still is my favorite Keith Green song even though he did not even write it (more on that in a bit). But on top of that I had fantasies of playing it in front of my church on Easter morning whereby a mass of people chose to follow Christ simply because the song was performed (helped a little bit, of course, by my expert playing and singing). The cheesy Passion plays my church put on out of evangelistic motivations held nothing to the power of this song. As soon as the people heard me belt out those high C’s and even that last A above a high C just like Keith did (in most likely a screamed falsetto), they would know Jesus was Lord, that he had risen from the dead, and would come rushing to the stage to put their faith in him.

I still dream of that happening, although I would be perfectly happy hitting an A an octave below that high high A (A5 or A880, if you are curious). There was always a kid in youth group who could really play Keith Green songs on piano, Nathan Hoffman, and I was always really jealous of him. I do not think I ever heard him play “Easter Song” though, which was fine by me; I wanted that to be my jurisdiction (his speciality was playing the masterful “Prodigal Son Suite”) [By the way, Nathan currently makes some amazing videos and I am reminded that we should hang out more often].

I am disappointed I never learned to play the whole song and especially that I never performed it, but the song is still very much a part of me. It is one of the most powerful songs I have ever heard musically speaking, which is appropriate since on a macro scale it is about the most important historical event of all time (i.e., “The Christ Event” culminating in his death, resurrection, and ascension) and on a micro scale the song is about the most important event that can occur in an individual’s life (i.e., making Christ one’s Lord and choosing to follow him). A few weeks ago while waiting in a parking lot to play tennis with a friend I listened to the song no less than four times and on Easter Sunday itself I got to listen to it on vinyl at my in-law's house cranked all the way up! (thanks Rich!) To me, the song typifies the joy of receiving salvation, the joy of knowing that he is risen, that despite all my weaknesses he still reigns, and also the joy experienced in seeing others come to know him. As an Anglican, I have come to appreciate the glorious “alleluias” in the refrain after enduring the wilderness of an alleluia-less Lent, as well as the reference to "bells ringing," which is something we Anglicans like to do a lot of on Easter. 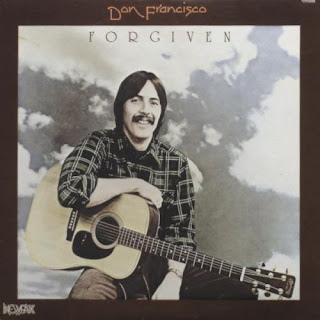 As a child the ultimate Easter song for me was Don Francisco’s “He’s Alive.” I loved the slow build of that song, with the many repetitive troubadour-styled minor-keyed verses culminating in the climactic proclamation that “He’s alive! He’s alive! He’s alive and I’m forgiven. Heaven’s gates are opened wide...” Both “Easter Song” and “He’s Alive” are trying to say and accomplish the same things, with the former being an incredibly condensed version of the latter from a storytelling perspective. For some reason I did not really grow up listening to Keith Green, which is why it was such a revelation to me when I really heard it for the first time in high school.

There was this place I and a bunch of my friends went to called The Cabin near the small town of Tremont where every month they had music concerts put on by local Christian bands. I have had a few experiences in my life where I really felt like I connected with someone right away at a deep level and that happened one night after a show at The Cabin. I had just met a guy who was a few years older than me and who went to the same high school I did named Adam Shrepfer. He was a whirlwind of passion and I could see that his faith in God ran deep. I cannot remember anything about our conversation except that we talked a lot about God and probably music, and then at the end he told me that I had to, absolutely must listen to Keith Green’s music. I said OK and then he helped to ensure that I actually would by going to his car and getting a dubbed tape of Keith Green music.

I listened to the tape endlessly in the ensuing weeks, eventually buying both Vol. 1 and 2 of The Ministry Years (first on cassette and then CD), reading his wife Melody’s post-humous biography No Compromise, and then finding out everything I could about Green and all the people who had influenced him. I am still grateful to Adam Shrepfer for the wonderful gift he gave me, even though I have not seen him in years (in fact, he is also a key influence in me becoming Anglican as well, but that is another story). When I learned that Green liked to give away his albums to everyone who wanted one since to him they were a vehicle for the Gospel, it helped me to have little hesitation months later when it came to stealing the music book from my church. “Keith would have wanted me to have this book” I told myself. 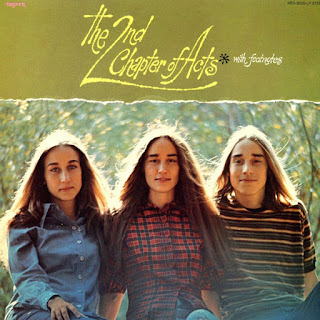 Now realize, basically the whole time I have loved this song I knew Keith Green did not even write it. He did add the second verse of the song in his recorded version, but the songwriting credit goes to Anne Herring and her band 2nd Chapter of Acts. I did not get around to hearing the original version until few years ago I when I purchased a greatest hits of sorts from the band. I think both versions of the song are perfect, but Green’s is definitely the superior, despite some wicked sweet keyboards in 2nd Chapter’s version. Green is so passionate, so heartfelt, and the recording contains the raw exhilaration of someone young in their faith. It gives me chills to this day and helps me to recall the joy of my salvation.

We are now in the Easter Season (April 8-May 27, culminating in the Day of Pentecost) and despite all the wonderful resurrection and salvation themed hymns I have learned since my teenage years, for me this one song typifies the season more than any other. It is the exuberant joy of finding and being found in salvation, of knowing that death has been conquered, that we have been set free, and our savior reigns victorious.

Have a joyous Easter season!+++Postconsumer Reports

Enjoy the videos below:

Wow. Seriously? I had all 3 of the records shown here. And I was NOT a big collector. I renewed my faith in Christ in December, 1980. Within a month I had the Second Chapter of Acts and Don Francisco albums. And I was introduced to Keith Green. His music was great, but it was his monthly The Last Days Newsletter that truly impacted my life. What a sad day in 1982 when I learned of the plane crash. Thanks for a great walk down memory lane!

Wow. Seriously? I had all 3 of the records shown here. And I was NOT a big collector. I renewed my faith in Christ in December, 1980. Within a month I had the Second Chapter of Acts and Don Francisco albums. And I was introduced to Keith Green. His music was great, but it was his monthly The Last Days Newsletter that truly impacted my life. What a sad day in 1982 when I learned of the plane crash. Thanks for a great walk down memory lane!

Thanks for your thoughts Greg.
Question: "Wow! Seriously?" about what? I'm not sure I understand.