Towards the end of this past school year to my surprise I started receiving gifts everyday from the students, teachers, and parents of my school.  Apparently, someone decided it was "Headmaster Appreciation Week" and I was in no position to start objecting.  I received coffee beans, Beatles guitar picks, some CD's and a book, a slew of giftcards to restaurants, an itunes giftcard, and some good old archaic cash.  So with the itunes giftcard and about half of the money I purchased myself some music.  It has been a while since I have really bought music, so I went a bit crazy.  Only a few of my selections could be considered new, but they are new to me and I suspect will be new to a lot of other people as well, which is why I thought I would share.

I have only just begun listening to this music myself, as there is really too much here to have fully ingested in such a short amount of time. My hope is that you will take some time to listen. You might find something you really like. 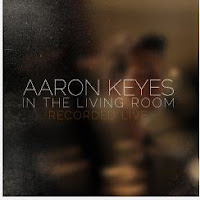 I heard about worship leader/recording artist Aaron Keyes through a church-planting blog my pastor had shown me, and my first impression of him was of the video posted below.  The song "Sovereign Over Us" immediately gripped me.  I had not heard a worship song for quite some time that managed to do so much simultaneously on a musical and lyrical level.  Musically, it is intimate but also manages to go the "epic" route as well; the music is straight forward and simple enough to engage the congregation/audience and not be a distraction, but it is also artfully delivered on a number of instruments.  Lyrically, the song manages to be a lament that acknowledges human suffering while also fully praising God who is still in control, and all of it couched in Biblical and yet contemporary language.  A few months later I purchased his album Dwell and was actually disappointed. In a word, the album sounded too much like a studio production or a shot at getting songs on the radio rather than someone was leading people in worship.  So, with my itunes gift card I purchase his live album, of which the video below is from.  It is in this recording that Keyes' heart as a worship leader shines through.  If anybody who comes from a more liturgical, mainline, traditional, or hymn based background of worship (all for lack of better words) is curious what tasteful and sensitive (viz.: not crazy holly roller stuff) spontaneous worship music sounds and looks like (or you are wondering what this whole "contemporary" worship music is about other than songs marketed to consumers on starchy "Christian" radio) Keyes gives a master class on the subject throughout this album.  My hope is that people will start singing his songs in their churches.

The Digital Age are a band that consists of former members of the David Crowder Band.  "Rehearsals" is their first EP.  There's only a few songs on it and the ones that are "covers" of DC*B originals are not really necessary (see: redundant), but their original songs are truly worth it.  All I can say is there is a raw and pure energy coming from this music and that they are worshipping God through it.  I am looking forward to their full LP coming out late this summer.  My favorite song is "Hallelujah" the one posted below (honorable mention goes to "All The Poor and Powerless".  There is only one word in the whole song (can you guess which one) but they make it work.  I would love to do this on Easter Sunday sometime. 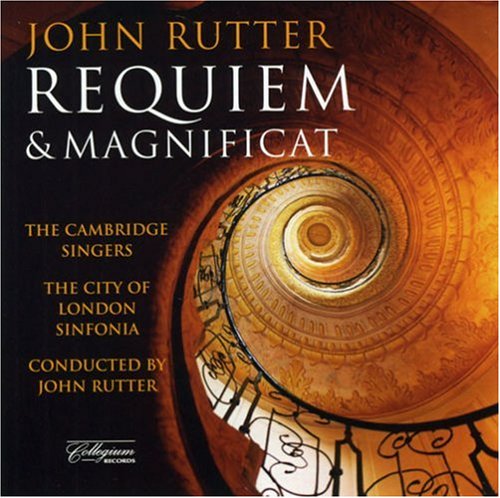 I did not actually purchase John Rutter's Requiem myself, one of my teachers gave it to me with the recommendation that it was essential listening.  I sang some Rutter when I was in choirs during college (a friend of mine even made a funny shirt with his face on it, which I think he should market), but I do not know much more about him or what his work sounds like.  Anyway, this is a beautiful work and worth checking out.  I think my favorite piece is "Pie Jesu", which is posted below.  NOTE: the below video is not from the recording I received. (And thanks April for this gift!  You can give me classical music anytime you want!)

Gungor is a fascinating band.  Just listen to the song below from their something of a concept album depicting the creation, fall, and redemption of our world Ghosts Upon the Earth.  And please, after listening to this, can we all cease from making the tired claim that "Christians don't make any good music--that it's all just a copy of what secular music is doing"?  We can?  Oh good.  Finally.  It is a worn out cliché and it has never been true anyway.

Vampire Weekend's new album Modern Vampires of the City was a surprise to me.  I really only purchased it because Pitchfork told me to, but I really like it.  The music is good (just listen to it) and a lot of the lyrics are coming from the strange perspective of a non-believer talking about God.  My sons love the song posted below, "Ya Hey", which manages to make a pun out of God's holy name.  Where could that possibly go wrong? 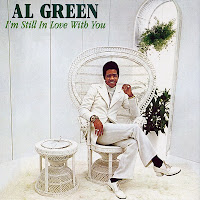 I know who Al Green is.  I once met a man while doing ministry work in Bastrop, Louisiana who dubiously claimed to be his brother (to this day I have no idea what that was about).  I have seen him on various forms of media over the years and I know he is a legend, but that does not mean I had ever really listened to his music before.  Then a couple of months ago while listening to a podcast called Bullseye with Jessie Thorn someone did a piece on his album I'm Still in Love With You.  The songs they played from it just sounded timeless and cool in the best sense that word can convey.  Just give it a listen and tell me if you don't feel just a little bit more hip than usual.

Janelle Monae is a juggernaut.  She is an uber-talent.  She is unpindownable.  She is a true artist who creates from her heart. She also has a new album coming out soon but I finally got around to purchasing her first album, Archandroid, from a few years ago.  I have just barely begun unpacking all that is contained in its songs, but she is someone we all should be listening to.  Please enjoy her song "Cold War", posted below.

I have not even made it all the way through this album yet (Keith and Kristyn Getty's Hymns for the Christian Life) but what I am coming to appreciate about the Getty's (and their writing cohort Stuart Townend) is the craft and care they put in to the music and lyrics for the hymns they write.  I am not a big fan of their delivery (see: syrupy sweet over-produced adult contemporary worship) but the songs themselves are so solid and the fact that this album in particular has some amazing musical chops on it (a number of renowned Nashville studio musicians are featured) means I cannot just write them off.  On top of that I would seriously consider singing the song below in my congregation (assuming I can get a fiddle player and someone who knows how to play that little Celtic flute/recorder thing).

Anywhoo...there is so much good stuff out there, this is all just the tip of the iceberg.  I do not even want to know what anyone else is listening to because I have got so much to work through already on my end I will never be able to get to it all--so do not even think of making a recommendation to me.
Happy listening.

Oh and by the way, did I tell you I recently released some new music?  That's something you can listen to as well, if you ever get the time:


Posted by PostConsumer Reports at 20:45