Sermon: "Peace be with you": Encountering the Risen Christ 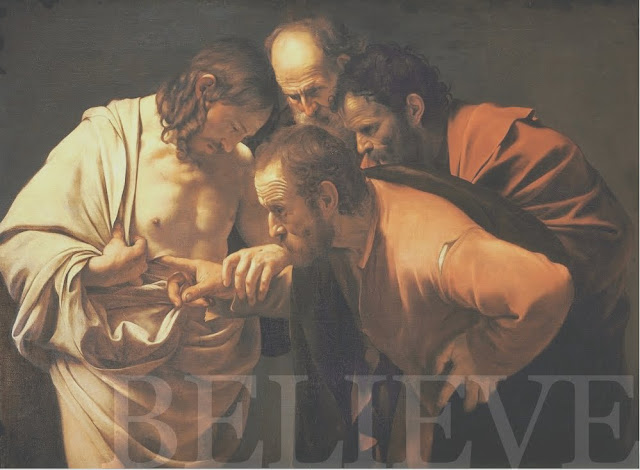 Note: This sermon was preached on April 8, at Epiphany Church (www.epiphanypeoria.org)

John 20.19-31
On the evening of that day, the first day of the week, the doors being locked where the disciples were for fear of the Jews, Jesus came and stood among them and said to them, “Peace be with you.” When he had said this, he showed them his hands and his side. Then the disciples were glad when they saw the Lord. Jesus said to them again, “Peace be with you. As the Father has sent me, even so I am sending you.” And when he had said this, he breathed on them and said to them, “Receive the Holy Spirit. If you forgive the sins of any, they are forgiven them; if you withhold forgiveness from any, it is withheld.”

Eight days later, his disciples were inside again, and Thomas was with them. Although the doors were locked, Jesus came and stood among them and said, “Peace be with you.” Then he said to Thomas, “Put your finger here, and see my hands; and put out your hand, and place it in my side. Do not disbelieve, but believe.” Thomas answered him, “My Lord and my God!” Jesus said to him, “Have you believed because you have seen me? Blessed are those who have not seen and yet have believed.”

Now Jesus did many other signs in the presence of the disciples, which are not written in this book; but these are written so that you may believe that Jesus is the Christ, the Son of God, and that by believing you may have life in his name.

Today is the second Sunday of the Easter season, or Eastertide as it’s called that culminates in the day of Pentecost, the pouring out of the Holy Spirit on the Church. For those of you who have been with Epiphany for some time, or who have been part of a liturgical church before you’ll see that we’ve cycled back around to what is known as the “Doubting Thomas” story. Once again we’re confronted with Thomas’ frustrating, even troubling, and yet relatively normal response to the second hand information that Christ had risen from the dead. I am going to talk about Thomas today, but only in relation to a number of other things I see going on in this passage from the Gospel of John as well the passage from the book of Acts. I see a lot happening in these passages and I want to attempt to make some connections between them. Perhaps I have too many points I want to make, so if you’re taking notes—even if you just like to make mental notes—here are the main ideas I want to go over:

1.) I want to briefly mention church unity, and just how painful it is that true unity is so difficult to obtain and maintain, on both a local level and a global level.
2.) As a way of helping us face the struggle of church unity, I want us to allow Jesus’ words to be forever spoken over us: “Peace be with you.”
3.) I want to deconstruct and then rebuild a phrase I have come to hate but am now learning to look at with fresh eyes. That phrase is: “It’s not about a religion, it’s about a relationship.”
4.) More than anything I want to discuss what it means to come in contact with the risen Christ
5.) Finally, I want to discuss how Jesus, the Sent One, has now become the Sending One

But before I get in to those points I want to leave you with a few images that will hopefully stick in your mind.
1.) The Magician’s Nephew—this is an excellent parable for learning how to let go of our fears. C.S. Lewis embeds numerous phrases about not being afraid, even having its character bluntly exclaim "No fear!" a few times


So The Magician’s Nephew was my image for letting go of our fear.

2.) Next, I want you to imagine something with me. I want you to do a little thought experiment with me:
How would you respond and how would it effect our community as Epiphany if one Sunday I entered our time of worship, perhaps as the music leader, as the preacher, as a server at the Table, or perhaps as a fellow worshipper, and I very boldly brandished a very large and very sharp sword in front of everyone. What if I very quickly pulled it out of it’s sheath and it made that stinging pinging sound that fine steel makes, the kind of sound that makes us think a battle or a fight is about to start? What if I stared around and waited until I had everyone’s attention and then declared aloud “I just wanted everyone to know I have my sword on me, that it is newly sharpened, and I’m ready to use it if necessary. Oh, and I should mention I plan on bringing it every Sunday and there’s nothing any of you can do about it.”
Think of the consequences, the turn of events I would bring about in our little community. Think of the immediate emotions that would rise up in every single one of you, ranging from fear, to anger, to moral judgement, to significant disappointment, to massive confusion. Think of all the numerous discussions that would ensue in the following days and weeks, all about little old me and my sword. Everyone would be figuring out what to do with me, and what had happened to me to make such a radical change take place.
This was my image relating to church unity and what happens when it is disrupted. Everything is thrown off and and any kind of unity is very difficult to regain.
3.) My third image comes from the Scriptures themselves in what is one of the most striking images in all of history: that of Thomas being confronted with the risen Christ and being compelled to put his own hands in the wounds that remain.
This is my image to help us look at the phrase “It’s not about a religion, it’s about a relationship,” and this is where I really want to begin today, at the end of my sermon. Encountering the risen Christ is the beginning and ending of our faith. It is truly all there is, and thus it is where this sermon begins.
In the last decade I have come to hate the phrase “It’s not about a religion, it’s about a relationship,” because I see the proclamation as such a lazy way to approach the Christian faith, a proclamation that misses so much. It’s a statement that is trying to point out that “religion” as a practice or an institution is a dead and lifeless thing. That to be bound up in rules and structures and traditions and rituals and hierarchies kills the very thing we are after. That “knowing God isn’t about following the rules MAN! No one wants to follow your dead religion! It’s about a relationship MAN!” To me, the problem with this sentiment is it fails to acknowledge how complex the Christian life it. I hear it’s critique that we get caught up in rule following and tradition following and stop seeking actual relationship with God. But it also assumes that the traditions of our faith are inherently empty or based in legalism.
To me, the two must always go together, and you only have to look at a few practical examples to understand why. For my first let me ask you: am I teaching my children blind legalism by having them do their chores everyday and having them keep the same bedtime routine everyday? Should my family only be about “relationship” and not have to get caught up in all those rules MAN? Am I completely missing the point of family? Next, should there be any rules about who is allowed to play in the World Series every year. Or are all those rules just unfair constrictions that are just totally ruining baseball MAN?
Or perhaps is it the case that people actually kind of enjoy the rules and appreciate the structure the rules create, even if it means their team doesn’t win all the time? I would argue the rules each team keeps within individual baseball games all the way up to the rules that determine who makes it into the playoffs are what keep baseball (or any sport) continually intriguing. As might already be evident, I very adamantly think the traditions and built-in structures of our faith need to continually live in relationship with the relational side of our faith, just like it does in basically every other area of our lives. And yet recently I’ve been struck with the truth of the "relationship" side of the cliche about religion vs. relationship and it is rooted to what happens to Thomas in our passage, where he was faced with an astounding absurdity invading his reality: that of the risen Christ standing before us. 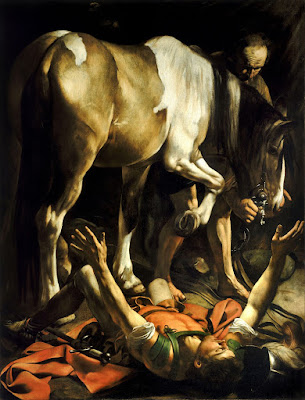 Hi everybody !
I have some best ringtone by Marimba want to share with you. It's the best ringtone for mobile in 2018 with Mp3 and M4r format, you can download and change your default ringtone boring. I hope everyone love it.
1. One Kiss ringtone
2. Shape of you Iphone
3. BTS Euphoria Ringtone
4. X (Equis)
5. Powerglide
To download more ringtone you can visit my website here: Free ringtones

I'll be honest, when I saw the trailer, I felt like it showed the whole movie, assuming that the birth scene would be the finale of the film, but it happens less than half way through the film and the film had so much more to offer. It was eternally intense thriller that kept me and everyone else in the theater on the edge of their seats. watch happy death day online

I was also worried that the film wouldn't effectively portray the silence and intensity, boy was I wrong, the films quietness and also the way it was filmed gave a true sense of uncertainty and fear. rampage full movie
I'll be honest not all the scares got me, but several of them did, and did very effectively, especially considered I am a horror veteran. I found the pacing and intensity to be very effect and kept me on the edge of my seat. And reacting to the audience reactions, everyone else was more scared than I am.

Not only the horror aspect was good, but the dynamic between the family is also very well done. You truly feel like this was a family that love each other and John Krazinski and Emily Blunt do a wonderful job portraying not only the love between mother and father as well as the true love between parents and their children. devil's candy movie


The bad and good dynamic of children on their parents is on full display as well as the constant fear of protecting our children. The cinematography was great, it only added to the tense feeling in scenes, I found many of the shots to be unique and well shot. The monsters were bad ass as hell and are definitely scary, not only what they do but what they look like. watch Avengers: Infinity War free online

The way you have put up all your efforts on this work deserves every bit of appreciation. You will be rewarded for your work! Well done. New Punjabi Songs Ringtones 2020