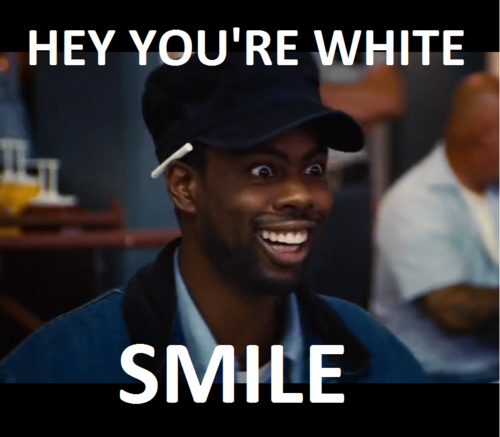 So, I am sitting here watching an interview with Topol, the iconic and eternal star of Fiddler on the Roof and I realize I am incredibly jealous of this man.

I am not jealous of the thousands of years of Jewish prejudice and persecution at the hands of a Christian Europe. I am not jealous of the pogroms of Eastern Europe or the extermination camps of the German Nazis. I am not jealous of their status as a marginalized people who were seen as threats, leeches, and tribal separatists no matter where they chose to reside, or the tendency to cultural myopia which rises up as a result. I am also not jealous of the precarious position modern day Jews/Israelis find themselves in of trying to establish and maintain their nationhood and culture while also causing much prolonged strife for their Muslim, Christian, and secular Palestinian neighbors.

But I am jealous that Topol seems to know who is he. He knows where he comes from and who his people are. Even more, he knows what his people are about. He has a heritage in which to live into and then pass on (dare I say a tradition?). He is part of something greater than himself and that something is embedded into his very DNA and not just his culture—it is both nurture and nature.

This is not something I relate to, on any level really. I will tell you what I think my culture is in a minute, but first another anecdote.

Back when I was in seminary my wife and I attended the screening of a documentary called Prince Among Slaves, the story of Abdulrahman, a West African prince who became a slave in the southern United States. My wife, who does physical therapy, had the descendant of this prince as one of her patients:

After the film a discussion was carried out (among whom were some of my black seminary professors), where much of the focus was on the great loss of cultural identity and heritage and knowledge of their ancestors for black Americans, how their cultural identity had been robbed from them and what little culture they were able to hold on to over the years was continually silenced and belittled and purged by the privileged white culture who had deemed themselves their superiors.

As with Topol, I remember being envious. I don't even know what my culture or history is was my thought. At least they know they come from somewhere... My people were simple farmers from Germany, France, and England who came to America in the mid-1800's and, as far as I can tell, other than deep-seated anger, mental health issues, poor eating habits, and their faith (Christianity), none of their customs have been handed down to me. Do you see the generalities there? Germany, France, England...those are entire countries. I know of no specific place where my people came from, with my first known ancestor showing up in a Peoria cemetery sometime in the late 1800's. In other words, I am a cultural amnesiac.

You see, I, as a white, certainly have a culture, but, at least to me, it is not really a culture I can see, for this culture is all pervasive—it is everywhere. The privileged, you see, are rarely burdened with having to think about their assumed privilege. But this is also a bland culture, a vapid culture, a culture whose cornerstone is consumerism—and I do not think it is hyperbolic to say such a thing. If you were to ask me what I perceive as the most universally celebrated customs of my culture, every single one of them find their primary expressions as mediated through enormous corporations. That is, any and every semblance of my culture has been commodified in order to benefit the "culture" of free market capitalism.

We do not simply have food traditions, we have restaurant franchises that extend across the country, accessible every 30-40 miles. We do not simply play and watch sports, our sports have to inevitably be connected to highly manufactured corporately sponsored and regulated events. We do not simply watch films but instead go see the sum product of a powerful movie studio who only releases a film because they feel it will appeal to certain key markets of people (the same could be said for the music industry). In other words, I do not belong so much to a culture as I do to a highly orchestrated series of products we like to call "America". Every now and then something culturally authentic makes it past gatekeepers and succeeds all of its own brilliance, only to be sucked up by the great vacuum, co-opted, repackaged (think sequels, reboots, and ripoffs), and then spit back out as a guaranteed moneymaker. Some true artists who do "make it" spend their whole lives trying to maintain their authenticity after being sucked up into the vacuum.

And so, as a generic white guy I long for more authentic culture, for something with roots, something that goes beyond Coca-cola and super heros and "Made in America". And since my culture is not really a culture but instead an unseen default modality, I am drawn to "real" cultures, cultures that existed pre-commodification or grew up in spite of commodified culture. In other words, to non-white cultures.

And this is the strangely disturbing position white culture finds itself in: exoticizing the cultural expressions of other ethnicities but wanting none of the disadvantages those cultures face—indeed, whites usually recoil in boisterous vehemence the moment they feel they are the victims of oppression. That's reverse racism they (we) say, or something to that effect.

And so it is with me as well, right? I can idolize black culture's suavity and virtuosity in the arts or in athletics. I can envy the ancient traditions and glutinous community of the Jews. I can look on in wonder at the vibrant celebrations and rich cuisine of Latino culture. Pick your own culture to idolize: the mystical philosophy and sexual practices of Asian cultures, the primitive, earthy wisdom of Native Americans, the passive hospitality of Canadians (joking). But would I ever be willing to put myself and my people into the pressure cooker of those people's histories in order to come out on the other end with the tender roast of a rich cultural heritage? I think not, at least not willingly so, at least not for the sake of my white American culture. That seems hardly worth it to me. Enduring centuries of colonization, forced exile and slavery, default racial prejudice, genocide, and all the civil injustices that accompany these phenomena for the sake of blue jeans, fast food, TV and movies, and professional sports?

Not that other peoples endured years of persecution in order to develop a rich cultural heritage, but the strong bond they shared as a people certainly held them together long enough to grow that heritage into beautiful traditions. Their circumstances brought them together, held them together, and forced them to figure out ways to express themselves as a people in both secretive and outwardly revolutionary ways. No, I do not think there is enough worth standing up for in my culture to be willing to endure what non-whites have had to endure for the past several hundred and more years.

But there is a cultural heritage I am trying to extend onward to my children, one I would willingly endure any hardship for, and one that extends throughout the world. It is a trans-ethnic culture, the culture of the Church, the Body of Christ. As part of this culture I am in the midst of teaching my kids what it means to be a disciple of Jesus, to make him our Lord and King, and to live as his shining lights in our world. I want them to feel the patterns of the normal Christian life: daily prayer, gathering on Sundays to worship, celebrating the Eucharist, entering into Advent, Lent, and Easter, and always looking to help the least of these. I know all this sounds more than a little creepy and anachronistic coming out of the increasingly post-religious secular culture of our age, but it is the deepest, richest culture I have ever known and the only one I have found to be worth fighting for.

In the increasingly complex and troubled world we live in I believe the modus operandi for established, privileged white culture should be perpetual discomfort. In a culture of unconscious consumerism nothing could be more counter-cultural. Perpetual discomfort means always moving to help those in need, of personally going without for the sake of others, and (perhaps most importantly for a culture of over sensitive narcissists) being quiet and listening and learning from those not like us. My other culture, my Christian culture, has prepared me well for this. For, while certainly not any less difficult, giving one's life for others and considering others better than yourself are some of the chief native aspects of Christian culture. And it is that culture I am hoping to live out and pass on to others.

Thought provoking and insightful, as usual. Thanks man.