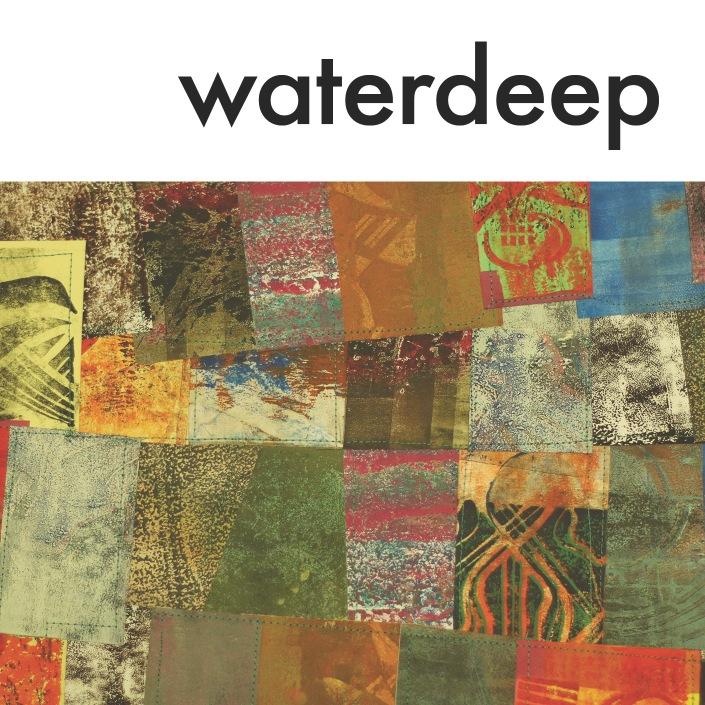 If you blinked you probably missed it. Actually, chances are, even if your eyes were open the whole time, you had your ears to the ground, and you even read independent music blogs you most likely still missed one of the great albums to be released this past year: Waterdeep's self titled double album. It's Waterdeep's Waterdeep.

They quietly released the album back in December to the fans who supported their Kickstarter campaign. Since then, as far as I know, the album has gotten little attention, and that is more than a little too bad. Both discs contain some of the tightest and catchiest melodies you will hear all year. Compositionally the album has been meticulously pieced together, every part a well thought out, well placed necessary addition. These are the types of songs you would hope to hear playing at the end of some important serial TV show. This is contemporary songwriting at its best. 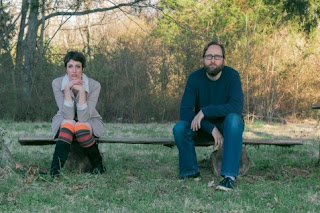 Consisting basically, essentially, eternally of Don and Lori Chaffer (yes, a married couple!) Waterdeep have been around forever (or the since the mid-90's) and are workhorses of music. Just check out their music page to see (and buy!) what they have done. There you will find most of their albums (not their Steve Taylor Squint label albums unfortunately), their solo albums, some albums Don has produced and curated, and even a dysfunctionally zany musical called The Khrusty Brothers. Their sound has evolved somewhat over the years from 70's tinged "classic" rock mixed with folk (some have even labelled them a "jam band") to what might be called "intelligent pop/rock." Whatever they are their songs are amazing and need to be heard. Really, the only reason I am writing this review is I cannot recommend this album enough. So here is a disclaimer: I will end this review in the exact same way as I began it: if you like intelligent, thoughtful, expertly written music just go buy this album.

Waterdeep is a bit unique for a Waterdeep album in that it is a double LP which functions almost entirely as solo albums for Lori and Don. Lori get's the first one (it is pinkish red) and Don the second (it is blue). Lori's disc is a series of narratives on the complexities of relationships, about living life together through the thick of it all (even when we drive each other insane), and about finding and fighting for personal significance within those relationships. Don's songs are a bit more humorous and wry than Lori's, and while also about relationships are often more metaphorical and existentially abstract (more on that below). Lori's songs tend to be more melancholy and perhaps that is why I like her's more. Don's are melancholy as well, but he seems to like to poke fun at his more maudlin states.

Lyrically it is not clear which songs pertain directly to their relationship together and which are fictional narratives, though that hardly matters. Whether fictional, metaphorical, or true to life the songs are a series of separate stories each containing the same general moods: life is a struggle and I don't know how this is all going to turn out but either way I am going to live it with you or that life is sometimes lived in the valleys and sometimes on the mountain top and after a while it just all blends together anyway.

Waterdeep, at some point in their career, might have been called what is a "Christian" band, being Christians themselves, having a number of their songs (at least early on) being directly about their faith, and even recording a couple of worship albums. But with this album (as well as their other most recent releases) gone are any obvious references to their faith. This is a "secular" album based off any surface reading. They do not really have a Point to their songs other than simply letting the stories be the stories. (Sidenote: Don does give one plaintive cry of "Jesus, what's it all about?" in "The Darkness Doesn't Have a Name Anymore" but in the context of the song it is hard to tell if it is an expletive or a prayer).

A more analytical note before I wrap things up:
Don's songs seem to be more about a loss of faith and innocence than anything else. They mostly seem metaphorical/allegorical rather than consisting of actual narratives, which leads to a potential problem I have with his songs: I am not exactly sure if Don is singing about losing his faith in God because his lyrics stay just abstract enough that I rarely know what he is actually singing about.

There is a certain type of song I typically have problems with, songs which employ some kind of extended metaphor that never actually transcribes itself onto tangible reality but remains too abstract to know what the artist is singing about. On Don's disc this happens on the songs "Pretty as a Flying Machine," "The Darkness Doesn't Have a Name Anymore," "I Shouldn't Have Walked Away", and "Quiet Inside". In "Flying Machine", for instance, the narrator is on said flying machine with some group of people and they have gone up in flames and zoomed down to the ground in a horrific crash. It is not a sad song but more of a jovial kind of melancholy. What is not apparent, and this is where I always get confused with these types of songs, is I do not know what Don Chaffer is actually singing about. Is it is a failed marriage, a loss of a belief in God/religion, the death of the American dream, the end of a friendship, or a failed business? Perhaps the supposed strength of a song of this kind lies in its ambiguity, leaving it open to many interpretations, with listeners gleaning their own stories and truths from it, but for me I need a tether to the real world, some kind of tangible signal pointing to what the song if referring to. I find myself in a similar place with the song "The Darkness Doesn't Have a Name Anymore", the meaning of which eludes me entirely. I am not sure what Don is talking about or even what his concept is or what victory he has found in the darkness not having a name anymore. There are lots of references to important moments in his life and references to symbols of the Christian faith but I do not know how to connect it all together to tease out a cohesive meaning. Am I just thick? Have I not listened to it enough? Has Chaffer intentionally obscured his song? These are the things I wonder. But I digress. (These are great songs either way!) 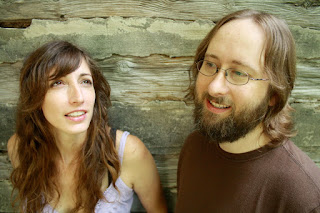 following but they deserve more recognition. Please go out and purchase/stream/ingest this album as soon as possible.


Disclaimer: Waterdeep paid me nothing to write this piece. I just have no idea how to make them more famous and my blog is the beginning and end of my powers.

_____________________
Related Articles:
Feeding My Kickstarter Habit (featuring a section on Waterdeep
An Amazing List of Unreleased Sufjan Songs
PostHumous Record Review: Over the Rhine's Drunkard's Prayer
Why I Cringe Every Time Someone Says: "I Hate Christian Music"

Posted by PostConsumer Reports at 12:45

Admittedly, I've been a Waterdeep fan since I discovered music so I'm always a little biased. I think you're right when you say the "supposed strength of a song of this kind lies in its ambiguity, leaving it open to many interpretations."

I don't know what "The Darkness..." or "...Flying Machine" are about, but that's been true with a lot of their work over the last few years. And I think it's on purpose. Around 2008 Don started writing and speaking a lot about "mythic language." He used this term to describe stories and images that were non-literal. He talked about telling stories and telling the truth in ways that didn't correlate to precise realities. This allows them to tell the truth about multiple situations. Since most people seem to take songs to mean whatever they feel when they first hear them anyway, this is a pretty honest way to write music. Or poetry. Or scripture.

Rich Duval, I really appreciate your comment. I too am glad I'm not the only one who was confused by Don's songs.

I think James Hunt's comment is illuminating on where Don is coming from in his writing. Thanks contributing that.

With that said, I see Don's writing and those who attempt to write in a similarly metaphorically abstract way (or whatever we want to call it) as a great experiment that sometimes fails but has the potential to succeed gloriously. I think what Don is attempting to do is admirable, but he runs the risk of the songs falling on deaf ears, so to speak. Personally, they kind of leave me cold, because there isn't a signpost pointing me to something I can grasp on to. On the flip side, I have cried to Sufjan Steven's new album like 4 times since it came out. Maybe I will have to listen to his album again with my imagination on full blast and I can interpret it any way I like. I guess in that sense his art can be a true collaboration with the listener.