The Ambiguity and Clarity of Scorcese's Silence 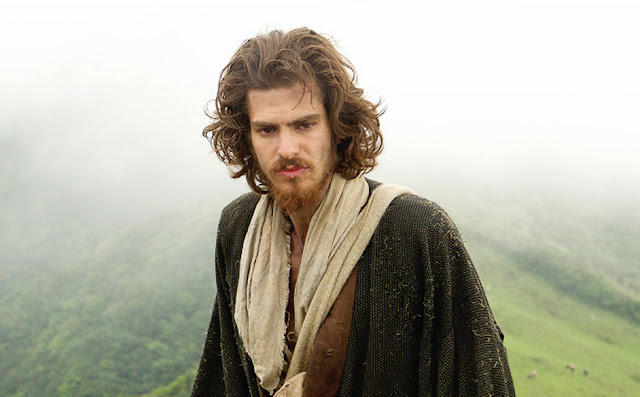 PLEASE NOTE: This film review/reflection goes into nearly every significant plot point. It assumes you've already seen the film or don't mind having the plot revealed to you.

The meaning of Martin Scorcese's film Silence emerges to us out of the fog, but then only slowly. And if the film is any indicator, the understanding God wants impart to us can take a lifetime to learn.

Several scenes throughout the film are shrouded in mist: dense, billowy clouds of gray persist for half a minute or more, out of which come people moving steadily toward us, all of whom rarely bring good news. The film's beginning and ending is enveloped with an audio fog, the "silence" of nature: the calming low-hum of insects, birds, and wind, a hum that can oddly enough become deafening and maddening in it's never ending silent blaring.


Scorcese's film, based off of Japanese author Shusaku Endo's book of the same name, follows two Jesuit priests, Fr. Rodrigues and Fr. Garrpe, as they attempt to recover their mentor (Fr. Ferreira) who has disappeared and apparently apostatized in Japan, while also carrying on the mission of spreading the Christian Good News in the country. I have not seen all of Scorcese's films (about 10 of them, not counting his documentaries) but I can only assume this is his most contemplative work, both in tone and pacing. It is a film that makes you wait...over and over again, but it also offers some of the most beautiful cinematic imagery you are likely to see this year. I am moderately well-versed in Japanese film and I can see Scorcese drawing from their expertise and style in the way he moves the camera (he continually employs a sweeping left to right move [or vice versa] to reveal action rather than his typical quick cuts), the way he frames the shots, and the way he paces the plot.  Along with this the settings and movements of the Japanese people seem as "authentic" as he could make it (I say this as someone who knows hardly anything about 17th century Japan). You might say this is a "religious epic" for our times both it's subject matter and scale, but it is hardly likely to find a mass audience.

The narrative is a pendulum swing of morality and spirituality, one minute finding our protagonists utterly devoted to God and their mission, and the next finding them utterly doubtful and despairing. Conflicted ambivalence is the prevalent tone throughout. 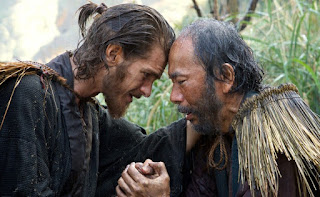 And yet: "God speaks to us out of the silence." Yes, God truly speaks in this film. Through our arrogance and weakness and failure and continual return to sin God speaks to us and God upholds us.

Scorcese and Endo (for here I will assume the filmmaker's and author's intentions are of a piece) leave us with a set of polarizing questions. As partakers of this work we are forever left to jump between the extremes in search of the truth.

These are answers we are forever left to wrestle with, both in the film and in our own individual lives. But here is my hope: like Jacob, in my wrestling with God, I won't let him go until he blesses me, and I will accept the "blessing" even if it cripples me—for it will be a divine crippling.

Some day I will read Endo's novel, Makoto Fujimura's companion book, and will perhaps understand more of the history of this time period, but in the film the Japanese leaders and "inquisitors" came across as bullies, just as a film set in Portugal during the times of Inquisition would have portrayed the Portuguese as equally cruel. The governor and interpreter gaslight Rodrigues for months, giving him the freedom to minister to the other Christian prisoners, feeding and dressing him well, and having seemingly mutual philosophical and theological conversations, but eventually goading and torturing him into apostatizing. They say he is an arrogant man and because of this will recant just like Ferreira did—and he inevitably does. Though it is briefly discussed, the Japanese's underlying concerns seem to be more political than religious and thus ridding their nation of Christianity has more to do eradicating European influence and control rather than a belief system. 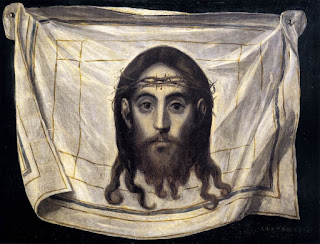 Nonetheless, they simply heap too much human suffering upon Rodrigues' shoulders, as he witnesses multiple deaths, including his beloved friend Fr. Garrpe. They tell him they do not care about the Japanese people recanting, it is him whom they want to recant. Imagine how many lives you will save they tell him over and over. It is in that moment, whereupon being placed in front of an image of Christ, and all-but commanded to step on it, that he hears Christ's voice: You may trample. You may trample. I more than anyone know of the pain in your foot. You may trample. It was to be trampled on by men that I was born into this world. It was to share men's pain that I carried my cross. (quote taken from the novel)

Would Christ actually give us permission to betray our faith? To trample upon him? To deny him? In Rodrigues' case was his recantation actually an act of faith in Christ? These are the questions we are left with.

In an odd way, looking at the transformation Andrew Garfield and Adam Driver's priests undergo from devout zealots to crushed martyrs and apostates felt like I was looking at a portrayal of the so-called "Millennial" generation, a societal trope getting kicked around every so often over the past few years. The story goes that "Millennials" are full of ideals and good intentions, but as soon as things get hard they cave-in, complacently whine, and inevitably abandon ship, only to find themselves caught up in some other foolhardy cause they will eventually give up on. The tale of the film in many ways could be seen as the death of a dreamer, that in reality Life is not what we thought it was, that it is more painful and tragic than we could ever imagine. Taken from a certain angle, the film could be seen as an excoriation of "Millennials". But doesn't every generation have to figure out what it stands for and from there make the decision what is worth losing your life over? 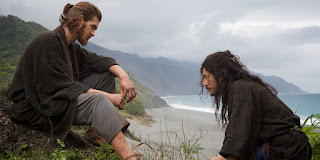 Silence leaves us wondering: was all this suffering necessary? Was there a point to it?

And yet the voice of Christ speaks through it all. He speaks through the silence, telling us he suffered, he knows our pain, and is with us. And though this isn't in the film, he may also tell us: Even though YOUR story may be ending, this isn't the end of the story. There is more to come and in the end, I will be glorified and my love will reign...

Through all the unresolved questions Scorcese gives us a clue to his intentions at the very end of the film. After having just seen the elderly Rodrigues clutching his cross in death inside his funeral pyre, about to go up in flames, as proof that his faith was retained through it all, the end credits begin with a simple dedication:

We can only hope that it was for the great glory of God that all those men and women had to suffer and even that those priests had to endure their life long silence.If you want to feel further conflicted/enlightened and if you want to keep asking questions, I invite you to read these articles:
What Promoters of Silence Won't Tell You
Why Are Christians Praising Scorcese's Silence?
Reflecting Silence: Perspectives on Shusaku Endo's Masterpiece
Silence and Beauty: A Conversation With Makoto Fujimura
Thinking Aloud About Scorcese's Silence

Related PostConsumer Reports Articles:
We Know How the Story Ends: An Exploration of Narrative in Film
We All Want to be Pagans: Reflections on the Documentary Jiro Dreams of Sushi
Battlestar Galactica and Reflecting on Death
Problem: Is The Walking Dead the Kind of Show You Would Watch Again?
Silence and Success by Makoto Fujimura


Posted by PostConsumer Reports at 11:42