Why I Hate Sufjan Stevens--An Introduction 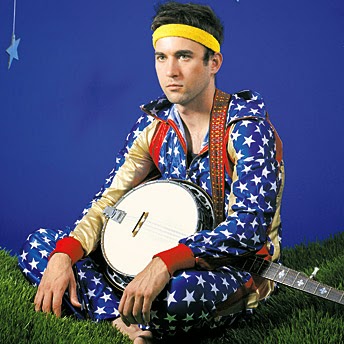 On November 13, 2012 Sufjan Stevens will release his second collection of Christmas recordings entitled Silver & Gold, so I figured it was finally time for me to tell the world why I hate him so much.

I remember exactly where I was the first time I heard Sufjan Stevens.  It was the summer of 2005.  I was not married yet, still living at home, and my mom was having a garage sale.  It was a Saturday and it came in the mail that morning.  I had ordered the CD from Asthmatic Kitty itself (Sufjan’s record label), and the one that came in the mail actually had the infamous picture of Superman on the front, the one DCcomics made him change or else (consequently, I actually ruined this version of the album due to a leaky window in my car [pouty sad face].

A few months earlier I had heard about this guy named Soof-John who was releasing a concept album about the state of Illinois.  My interest was piqued if only because this was my own state, the land (of Lincoln!) that I call home.  To me, I had no choice: I had to buy this album, if only out of curiosity and a little bit of patriotism.  I had no idea what he sounded like, no idea what to expect, but only that he was somewhat folksy and had made an album about his own state of Michigan a few years earlier.

So, when I finally took off the cellophane and put the disc into a CD player, I was completely stunned at what I heard.  His music immediately transported me to a world I had never been to before, but it was also a world I knew I was meant to live in.  Sufjan was playing the music that existed deep in my subconscious; it was the music I had always wanted to hear (and he used lots of marimbas too!).  From the haunting piano, wandering flutes, and indiscernible time signature of “Concerning the UFO Sighting near Highland, Illinois,” to the paradoxically epic and yet intimate “COME ON! FEEL THE ILLINOISE!,” to the beautifully overwhelming melodies and harmonies of about ten other songs on the album, I knew that for some reason I had come home, musically speaking.

Thus began my obsession with Sufjan.  Now, I own nearly everything he has ever put out—even all the obscure little recordings that are hard to find I have managed to download somehow (I even have some bootleg recordings of a few of his concerts).  I felt a kinship to Sufjan—as if we were the same personality and that if we actually knew each other we would actually be friends.  I came to believe that I understood his art like no one else—that I actually ‘got it.’ (taking a step back, this is all starting to get a bit too Mark David Chapman for my tastes.  I mean really—whoa!).  I even recorded an album of my own music that was a partial musical response to Illinoise.  I was trying to see if I could keep up with him musically—to see if I had the same chops (yeah, probably not).

So, with the advent of his upcoming release Silver & Gold I am needless to say very excited.  Even though I do not think everything he does is a knock-it-out-of-the-park homer, I just cannot wait to be blown away again.  I love Sufjan Stevens and I think he is the premier songwriter of our time.

And yet, I hate Sufjan Stevens. Every time I listen to his music, if I let it, a stream of rage begins to seethe within me.  You see, Sufjan drives me mad and now it is time that I tell people about it.  Trust me, I have my reasons, and over the course of the next couple of weeks leading up to the new album I am going to have a series of entries listing them all!

For today’s entry I will give you my first two reasons.

Why I hate Sufjan Stevens: Reason #1
Melodies that get stuck in your head—for days on end

Since 2005 when I first heard Sufjan, his music has gotten stuck in my head more than any other artist.  When I saw him in concert during his 2006 tour he performed a new song called “Majesty Snowbird,” and as he was playing it I realized the melody was so beautiful I had to do my best to try and memorize then and there.  Thankfully, the song was over 10 minutes long (this issue will be addressed in a future “Why I Hate Sufjan”), so I had plenty of time to lock it into my memory.  The song was stuck in my head for a week, and I eventually found a bootleg recording of the song just so I could torture myself further.  But this ear-worm phenomenon has happened with many many other Sufjan songs, even songs with (IMHO) mediocre melodies (such as “All Delighted People”).  So, to be concise, the reason I hate Sufjan so much is that his melodies are so good I have trouble getting them out of my head.

Why I hate Sufjan Stevens: Reason #2
Epic Concept Albums
(that is, Tackling Monstrously Large Themes in his Lyrics and Still Making Them Personal)

Basically everything he’s ever done has been a concept album—even Age of Adz was a concept album that somehow combined the prophecies/love life of a recluse schizophrenic poet/artist/prophet (Royal Robertson) with Sufjan’s own love life or at least the love lives of the characters he was singing about (who were often named Sufjan themselves!).  Then he managed to give this crazy amalgam of subject matter eerie apocalyptic undertones, rendering Royal’s and Sufjan’s personal traumas as traumas for the whole universe!  So, no matter what he does Sufjan cannot help but make his work epic. 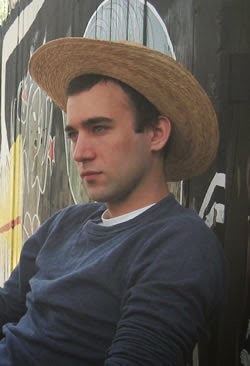 He did the same thing for the Illinois album as well, by choosing to merge every song that was based around a person, place, or event in Illinois into his own life’s narrative.  He did this fearing that the civic and historic subjects of the state had become too bland and coldly distant, too much of an objective case study, or an eighth grade history diorama rather than work of art (this is according to interviews at the time of Illinoise’s release).

13. Playing Multitudinous InstrumentsHimself And Playing Them Well [mostly] (including marimba!)
and
14. Layering So many Musical Ideas on top ofeach other.

And don't miss the conclusion of why I hate the Sufyawn, with some thoughts on his second Christmas project.

Posted by PostConsumer Reports at 16:33

Friend, I'm disappointed that I don't check your blog very often. I totally missed this series you are doing. Sufjan's music has probably frustrated me more than any other artists, but that's because I love Sufjan's music the most.

If what you're talking about is Sufjan hate, then I must be a hater too.

Also, All Delighted People is not a mediocre melody in my opinion. You should try finding the chords and singing it with the piano. It is so fun to sing.

I know what you mean about having bootlegged versions of all his unreleased live songs. I also have an awesome bootlegged Austin City Limits performance that was done during his Illinois years. It is beautiful.

Off to read your other new Sufjan posts. Looking forward to hear what you think about Silver & Gold.

TwiceBorn,
Thanks for reading! I love getting comments from you.
I have that Austin City Limits episode too! Awesome.

Yeah, All Delighted People is a great song. I will have to find the chords. All I meant was that I don't think it quite reaches the heights of some of his other melodies--IMO.