When Will the Christian Music Industry Get Its Act Together? (especially when there is money to be made) 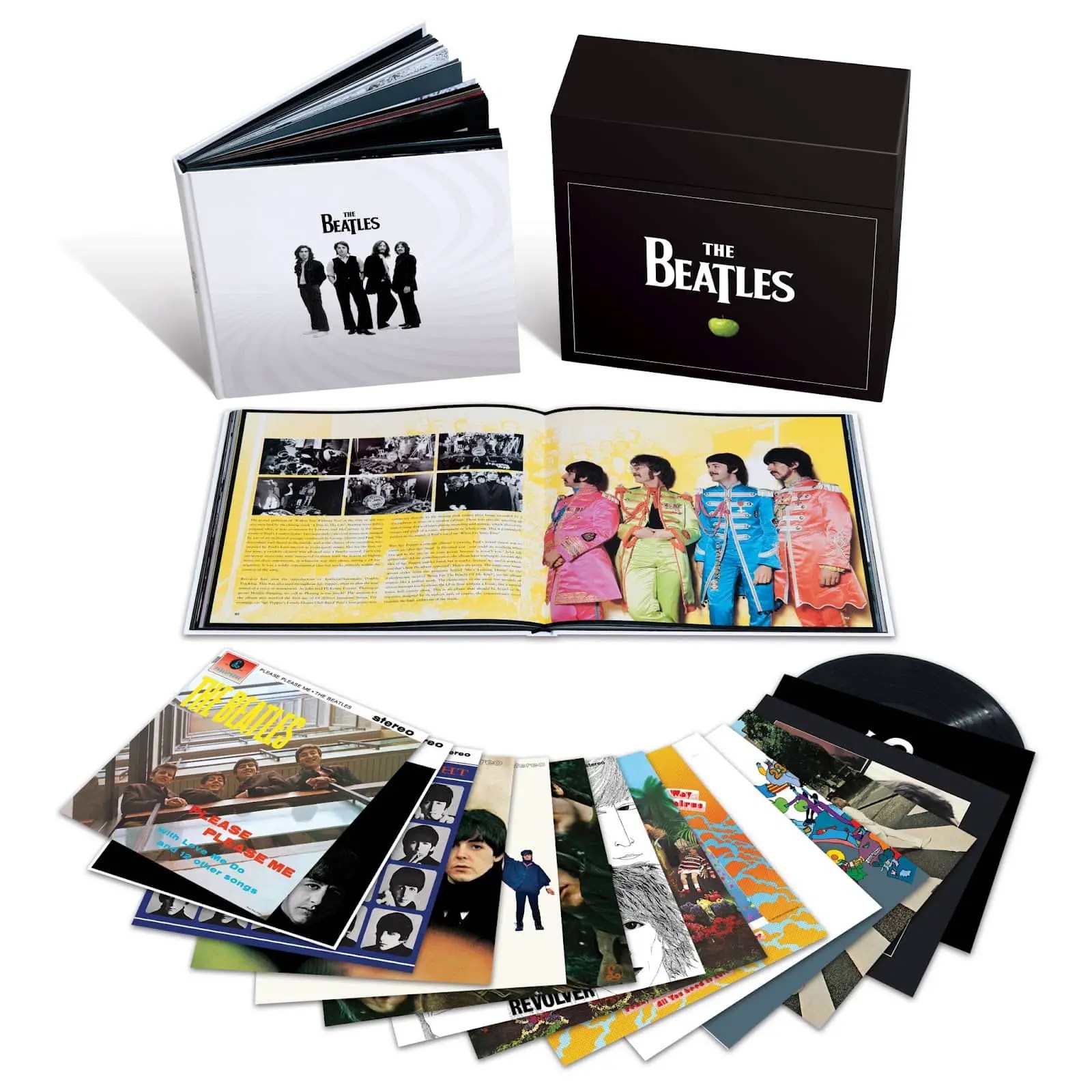 The release of Steve Taylor's new album Goliath last week reminded me of something that has continued to irk me for a few years now.

As far as I see it Taylor's old record labels (Sparrow/Geffen/Warner Music) have missed a prime opportunity to:
1. Make a decent amount of money (which I assume they are interested in)
and
2. Introduce a whole of new group people to his music and give old fans a chance to reconnect with the music they have come to love.


Everybody is always going on about how bad the music industry is doing and yet it would seem the Christian record lables (what is left of them) have no built-in structure to take advantage of the huge amount of nostalgia fans have for the music they grew up with. There are some really devoted fans out there, believe me.

This article consists of what I believe should have been done in the months leading up to Taylor's new album and could be used as a model for other CCM artists both "classic" and contemporary, whether they are releasing new records, going out on tour or even celebrating a birthday. Much like the mainstream music industry has a built in sector for nostalgia, the CCM industry needs to get its act together and realize there is a great opportunity not only to make more money but also to re-introduce some great music to a new generation that is coming close to being altogether forgotten.

The Plan: It's a 3 pronged attack in order from least to greatest in difficulty:
1. Downloading the music: A week before Steve Taylor and the Perfect Foil's album came out, ALL of Taylor's old records should have been put at half price and promoted on itunes/amazon/walmart/wherever. They should have been given feature status in the Christian section of Spotify. In terms of all the other artists out there, a series could be introduced where every week some classic Christian albums are put at a reduced price for download. People would get used to the series and get introduced to new artists and all of this would truly be an easy and low maintenance endeavor for all involved.

2. Youtube: None (as far as I can tell) of Steve Taylor's videos are officially available to watch on Youtube. I can't tell you how much this irks me. It's been left for fans to do on their own, which usually means poor audio and visual quality. There are even a series of Taylor's videos from his album Squint uploaded by a fan where the sound only comes in on one side of the headphones. I find this highly irritating and depressing as a fan. So...someone needs to get their act together and start putting up official high quality versions of artists videos. Again, this task, while time consuming isn't all that difficult. Some lackey at a record label simply needs to be put in charge of finding high quality versions of the videos and then start transferring over and uploading the material one song at a time. I do know that DC Talk has official versions of their videos on Youtube through EMI, but I can't find any official versions of pre-Michael Tait Newsboys videos on there. I mean, what kind of twisted world are we living in when you can't find official versions of videos from a band who has sold millions of records over the course of 2 decades? Someone should get fired.

3. Reissues, remastering, vinyl, and extras: While this is certainly a more labor intensive endeavor and a bit of a risk for record labels who aren't sure of the extent of fan interest, there is nothing longtime fans want more than a reissued, remastered album that includes never before heard extras. Again, the mainstream industry is always creating events around classic albums and artists, as they did with U2 on the 20th anniversary of their albums The Joshua Tree and Achtung Baby. Those albums were remastered, which means they sound better (hopefully) and they contained a second CD filled with demos, remixes, and b-sides. The Beatles made a huge deal about this a few years ago when they re-released their entire discography again on both CD and Vinyl. I should say DC Talk got the royal treatment on the 10 year anniversary of Jesus Freak, but on the whole these kinds of releases are rare for CCM.

I'm not exactly sure of the level of interest for projects like this in the CCM industry, but as a fan I want to put in my vote to see it happen. For example, I would love to see a remastered vinyl version of Rich Mullins' A Liturgy, A Legacy, And A Ragamuffin Band, which did not come out on vinyl when first released. I would also buy the CD version of it if it contained extra songs I hadn't heard before. I would lay down some cash for this, let me tell you.

Keeping the Legacy Alive (while also expanding on it)
Speaking of Rich Mullins, there was another missed opportunity this past year when the Ragamuffin movie, the biopic about his life came out. The fact that some pixelated copy of "Creed" is the only version I can watch on Youtube is just astounding to me. Again, his albums should have been put on sale, the videos put on Youtube, and hey maybe even a remastering or vinyl release could have been thrown in there. For the life of me I cannot understand why his former record labels did not jump at the opportunity to piggy back off of all the exposure and press that movie was getting. It wasn't a massively huge movie by any means, but it did make an impact and got talked about frequently off and on for the greater part of a year.

Along with this, there is an even greater chance to increase Mullins' musical legacy, as well as other, similarly legendary artists. In Mullins' case, as I've written about before on this blog, he has a vast amount of old, rare, and unreleased music that most fans have never heard before. Sure, the songs are, at some level, available to the whole world by being put on Youtube, and those who have taken the time to upload those songs have done us fans a great service. Nonetheless, I believe things could be taken a step further, with all that music being released in a more official and prestigious package.

A guy like Mullins, as well as other CCM artists are legends to their fans, and those of us who know their music know it's not just great for the CCM world but is great music in general. And so we know they deserve the same royal treatment that has already been given to similarly legendary artists like Bob Dylan and Paul McCartney where more of their music than you can even take in has been released to fans. In Mullins' case it seems to me there's the potential to release a live album (a full concert entitled In Worship of the Coming King exists), the one album from Zion, his Bible college band, and then at least 2-3 bootleg/demo/b-side albums. To me, even thinking about the potential of releases like this, leave me longingly aching. I can only assume other artists have similar back catalogues of rarities and it's time they see the light of day.

For the sake of our musical heritage, for the sake of posterity, and for the sake of giving these gifts over to fans this music needs to be made officially available and in a package that does honor to the quality of the music contained within and the legacy of the artists that bear its name.

I should add, there is one record company doing things right in this area, Stunt Records, who is in the process of reissuing all of Daniel Amos' classic albums. Each remastered album comes with a disc of extras and some stellar album packaging. I'm only now starting to listen to this band, but I can imagine for fans releases like this are a treasure.

So, I'm not exactly sure where to go from here. Where are the powers-that-be who can put something like this in motion? Again, did I mention there might be some money that can be made...?

UPDATE: For the 20th anniversary of it's release, the good people at Superfan Vinyl released a double LP version of DC Talk's Jesus Freak on vinyl.

"Christian music is like beer": Insights From a Reader

Why I Cringe Every Time Someone Says "I hate Christian Music"

Posted by PostConsumer Reports at 16:08

Yes! I think you are on to something there. It may take a wise investor to license some of these recordings to get them back in the public eye. I see some small companies doing vinyl reissues of older or limited release stuff that is in demand.

If I was guessing (and I am), I'd guess that the CCM industry is already wicked profitable - they have listeners literally giving them money to pay for radio stations! ( as an example).

If they're making money hand over fist, why would they change the formula and risk putting out stuff that isn't known to be profitable?

Depressing,I know, but that's capitalism for you....

Jake! You're bumming me out man! :p

Steve Taylor's video for "Bannerman" has been on Warner Bros. Records' official YouTube page since 2009.
https://www.youtube.com/watch?v=M_qOdkTNoCU

Unfortunately, The christian labels (now owned by mainstream parent companies) are driven by profit and don't exactly have the same (if any) emotional connection to the music and only in maybe a few rare cases (like the DCTalk re-release) would there be an album with big enough sales to warrant a vinyl re-release. To put this into perspective, in it's first week, Jesus Freak sold 85,800 copies and after a year went platinum (one million units). Alanis Morissette's Jagged Little Pill (released in June of the same year) was already 11x Platinum after the same amount of time.

Jagged Little Pill might be an extreme example, but you can understand the gap between markets. At the very best, Vinyl re-releases of Christian albums will be limited pressing/labours of love with bigger price tags for a limited number of fans until the cost of pressing vinyl drops dramatically...which is entirely possible if it continues on the success it's had in the last few years.

That's how you get yourself entangled in the web of a specific genre of music. utah concerts