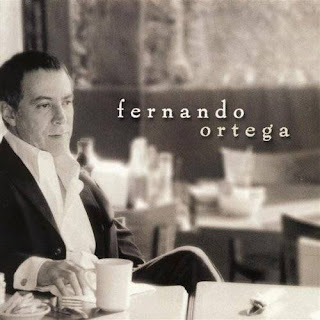 The beginning of a regular series here at PostConsumer Reports wherein I reflect on something that I either totally missed or completely disliked the first time I heard, watched, and/or read it. In a sense, the party’s been going on for quite some time and I have arrived significantly late. If you will, it is the AfterParty or the PostParty Party.

Since high school I have been dealing with what might be called an acute case of Rich Mullins Baggage Syndrome along with a chronic bout of Keith Green Shortsightedness. Basically it has resulted in my tendency to think that any musician that wants to sing about the Christian faith needs to have either a charismatic or provocative personality and whose lyrics need to be deeply thought provoking. Their songs need to either be in your face with their message (like this) or blow your little teenage mind, thus changing your world forever (like this). This has resulted in my inability to appreciate artists of another ilk. My close-mindedness especially stems from Rich Mullins, whom I have been looking for a replacement for since his death in 1997, unfairly critiquing each new “Christian” album that comes out under the guise of the question, “Would Rich Mullins have done things this way?” Derek Webb, Andrew Peterson, Chris Rice, and Bebo Norman are some of the artists who I had hoped would become his replacement but have not quite made the cut (I have high standards!).
My condition caused me not to give Fernando Ortega a chance at all when he first started gaining national attention in Christian music circles in the late 90’s. When articles in CCM Magazine started appearing about him describing him as a person of great depth, who wanted to lead the Church in worship, and who had a great respect for hymns I thought I would give his music a try. But when I actually heard some of his music I just could not get into it. It was…well…very very boring. It was too quiet, too slow, and did not go anywhere. He had no charisma and his lyrics did not provoke anything in me. So that was that. I moved on and stuck him on the untouched shelf in my mind labeled “The Boringest of the Boring Adult Contemporary Music.”

But then in 2008-2009 my life changed significantly. I broke my leg in the spring of 2008 and as a result of that I found out I had thyroid cancer, all while trying to finish up a degree at seminary. Then in the midst of that chaotic spring and summer my wife and I found out we were pregnant and in January of 2009 our first son was born. Her labor was incredibly traumatic and the first two years of his life was difficult on all of us as he turned into an atrocious sleeper. It was easily the hardest two years of both of our lives. Sometime in the midst of that I started getting into Fernando Ortega’s music. I am not sure if it was because I was really interested in learning as many of the hymns of the church as possible (due to a final project I was working on for my master's degree) or if I was looking for some relaxing music while putting our son down for the night, but either way I started to listen—and this time with entirely different ears.

What really got to me were the opening lines of his 2006 album The Shadow of Your Wings which were directly quoted from Paul’s second letter to the Thessalonians, a greeting he uses quite often and when read as merely a text are so easily looked over: “Grace and peace/Grace and peace/Grace and peace to you from God our Father.” Those lines were then repeated and found resolution with “…and the Lord Jesus Christ.” These very simple lyrics were sung in such a quiet and considered manner, each note reflective in such a way that time slowed down and we could enter into the music and make it our prayer; a real prayer and not just a song we sang. In the midst of tumultuous nights with little sleep Fernando’s music became a respite from the storm, a healing balm that soothed our young parent wounds. We were miserable and Fernando prayed us through it. In fact, the first five songs of that album (from "Grace and Peace" all the way to "Come, Let us Worship") have become so internalized that hardly a day goes by where I am not singing them to my children.

In some sense I am sad that I did not give Ortega’s music enough of a chance all those years ago, but really I do not think I was ready for it yet. I still love listening to over-the-top and in-your-face music, both in its lyrical and musical content, but I have come to realize that music is "loud" when it needs to be and "soft" when it needs to be. I have also come to realize that first impressions of a work of art have just as much to do with me and where I am at (spiritually, physically, mentally, and emotionally) in a given moment as it does with the work itself. So as I change I realize there are many things I need to revisit because in my immaturity I had written them off. Ortega's music has taken me places I could not go as a teenager or early twenty-something. Realizing this causes me to wonder at all the great art I am missing out on now and will come discover in my old age!

I will not say much more about his music than this. Just go listen to it and if you do not like it give it a few years and maybe you will be able to hear it differently when you come back to it. I really recommend starting with the album mentioned above or with his new album Come Down O Love Divine. His hymns-focused albums Beginnings and Hymns of Worship are also excellent (fyi--basically all of his albums have some hymns on them and as far as I am concerned he is the best modern arranger of old hymns). But let me leave you this warning: this is not background music. It is music that slows you down and causes you to enter in.

As an aside, I was ecstatic to find out that he has recently become an Anglican (JUST LIKE ME! JUST LIKE ME) and that he has deep concerns with how the music of the Church should complement our liturgy and be reflective of the church calendar. On top of all this I am also very excited to see that he is coming in concert to Bloomington, Illinois at Wesley United Methodist Church on August 28th. I hope some of you will be able to join me.

Great post, Chris! I personally have been going through a quiet spell in the past year. While I love music, I found myself turning the radio off more often just to hear the sound of nothing. It was a big change for me, but I enjoy more quiet times as I am "maturing". I have actually been turning the radio on lately but I feel a yearning for more worshipful music in my life. Fernando Ortega's music is soothing to the soul. Thanks for sharing. :)